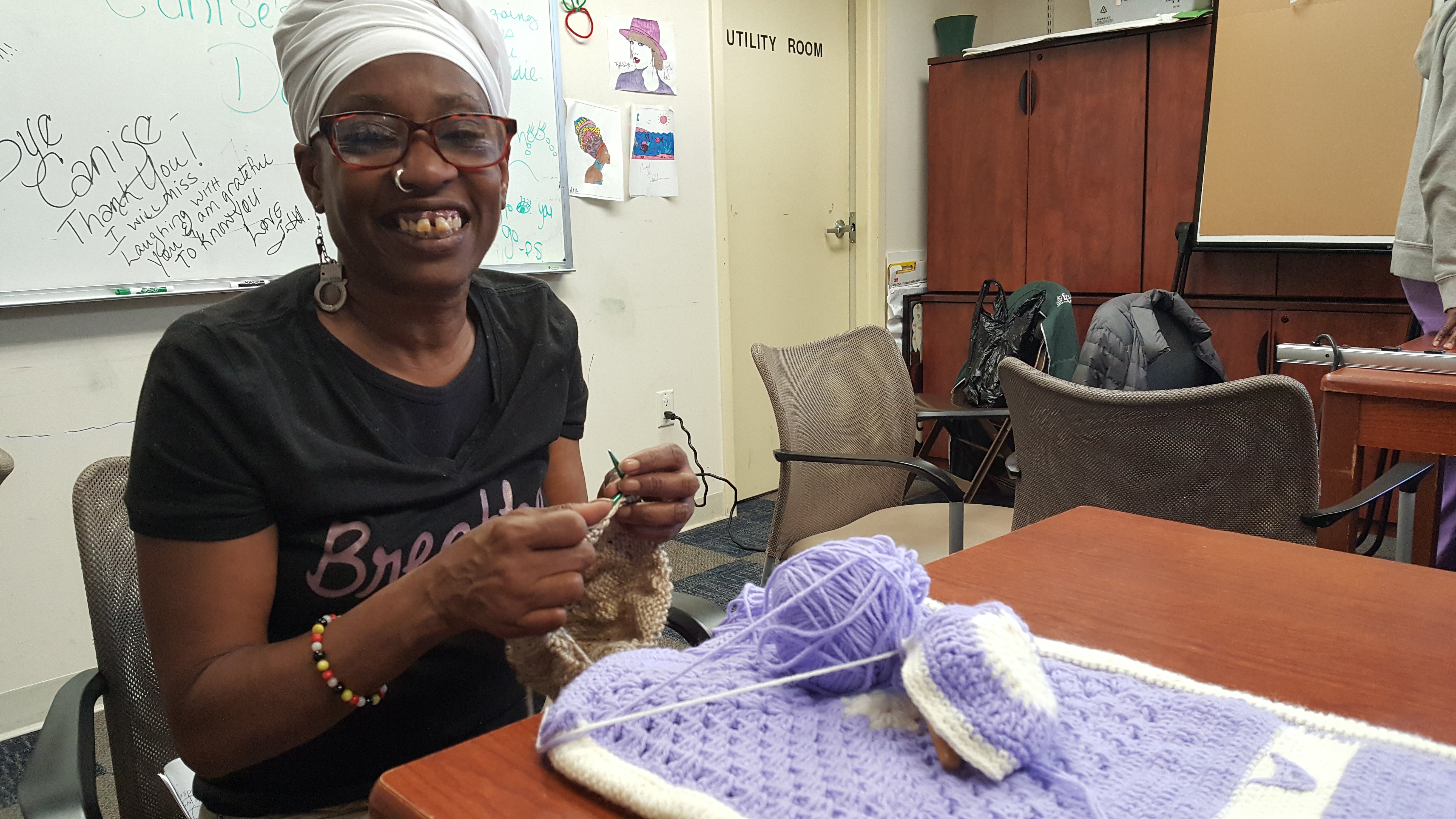 Meet Judy Hawkins, Client and Community Organizer at Bread for the City. Judy worked with Project Knitwell to bring knitting to Bread for the City to help women in need of ways to cope with difficult life experiences.
Three years ago, Judy spotted our volunteer Donna, who was on her way to knit at the So Others Might Eat (SOME) Kuehner House with seniors who have been marginalized. Donna was rolling her Project Knitwell bag down Good Hope Road, and Judy excitedly stopped Donna and asked what Project Knitwell was all about. Judy understood well the connection between using one’s hands for a creative pursuit to help calm the mind. She was a long-time crocheter and had offered some lessons to the women at Bread for the City.

In 2015, Judy’s son was shot and became paralyzed from the chest down. His mental health declined, and he took his own life less than a year later. Judy often turned to crochet in her grief to help her cope. She had also been doing a lot of reading about the wellness benefits of yarn crafting, and wanted to learn to knit as well. She had seen references to research that the bilateral hand-brain connection is a particularly effective tool for coping with life’s difficulties. Donna has taught Judy to knit, and Project Knitwell is happy to be able to send Donna to offer knitting instruction and supplies several times a month to the women at Bread for the City.