“Knitting has an uncanny way of calming one’s soul — slowly bringing you back to the present with each row and gently allowing you to release worry, tension, and stress. Project Knitwell was the lifeline during the hardest period of my life.”

Mom of a NICU Patient

Project Knitwell is a recognized leader in therapeutic knitting, has participated in research on the benefits of knitting for oncology nurses, has been featured in The Washington Post, U.S. News, Vogue Knitting Magazine, and other publications. In conjunction with Lion Brand Yarn Company, we published The Comfort of Knitting in 2015.

Project Knitwell will develop and deliver programs, resources, and research that demonstrate the benefits of knitting as a tool for achieving wellness, comfort, and community.

Carol Caparosa founded Project Knitwell in 2010 as a result of her experience being the mother of a pediatric patient.  Years ago, her daughter spent countless hours in the hospital recovering from multiple heart surgeries. Carol recalls how slowly the clocks moved and how difficult it was for her to concentrate. It was at that time that she renewed her interest in knitting and believes that it provided a welcomed distraction from the immediate worries related to her daughter’s hospital stay.

Years later, Carol returned as a volunteer to the pediatric unit where her daughter was a patient. She taught mothers whose children were hospitalized to knit in the hope that they, too, would gain from it the benefits she had. With this, the seed for Project Knitwell was planted. The organization received its 501(c)(3) status in October 2010. Carol’s daughter, now a healthy adult, worked as a nurse on the same unit at MedStar Georgetown University Hospital where she had been a patient as an infant, and now works on the Pediatric Cardiac unit of another area hospital. 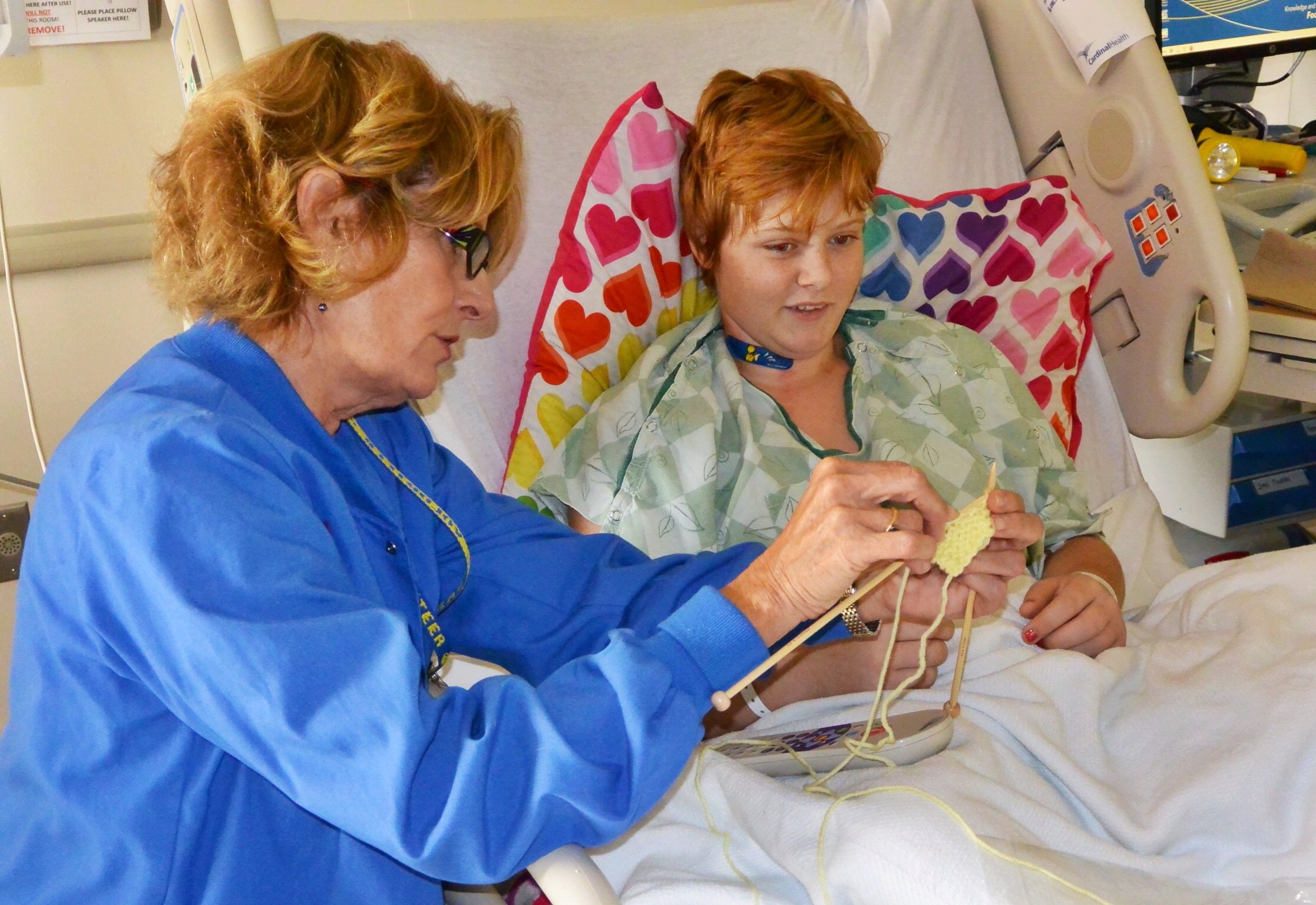